Film enhancements are an effective way to unlock your LCD's potential. Increase brightness, eliminate reflection and glare, prevent EMI interference, add privacy features and more, just by integrating a passive film enhancement to your LCD configuration.When faced with severe outdoor conditions, such as direct and indirect sunlight, high glare and reflection, your LCDs must be readable. On average sunny day, ambient sunlight can average 30,000 nits;therefore, LCD brightness must be high, screens must have a clear optical quality for the user. LCDs purchased off the shelf are likely not properly built for such conditions, so AGDisplays has brought quick and easy LCD solutions for customers to be able to achieve readability and clarity levels without having to upgrade to expensive LCD units.Our expertly trained team knows that LCD panel manufacturers use various configurations of optical films to direct, brighten, and diffuse the light produced from the backlight source.

AGDisplays offers a variety of film enhancements to increase your LCD’s functionality and versatility. Our film products are retrofitted into any sized LCD. This service is a passive enhancement, meaning there is no change in neither electrical components nor additional wattage consumption. Since film enhancement is non-evasive, power consumption remains the same, and there is no concern to readjust thermal management. Below are just some of the films AGDisplays uses to enhance LCD performance. AGDisplays only configures a film enhancement solution once our customer LCD has been selected and reviewed by our Design Team. Due to the limitless variations in LCD specifications, AGDisplays builds film enhancement per customer project so that we can guarantee a optimized design specifically for your panel. 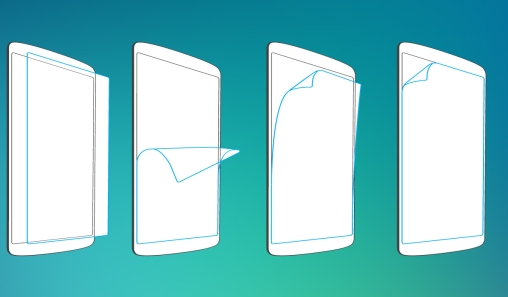 How Enhancement Films Improve Your LCD

For systems requiring lower power use, film enhancements are installed to help your product achieve the targeted brightness level while using lower power consumption.Anti-reflective and protection enhancements improve the durability and lifetime of your display surface. The anti-reflective properties will increase the contrast and sharpness as well as decrease the reflection from your LCD screen, without having to increase your LCD's power consumption-keeping money in your pocket.

We can increase the wide angle view performance of the panel while keeping haziness low. On the other hand, we also have films to increase privacy and decrease side viewability. This is a great tool to keep your customers' sensitive data safe while they use ATMs, mobile devices and point of sale (credit/debit card) applications. AGDisplays offers brightness enhancing films to improve color contrast, brightness and overall image quality.

Each enhancement provides a specific desired effect;multiple films and laminations may be used at once, depending on film configuration and specification request. Film laminations come in various surface finishes. We can remove existing film surfaces to change the surface finish, i.e., matte to glossy.

Depending on your specification requirements and film stack-up, film enhancements provide:

LCD displays are affected by both internal and external lighting reflections. External reflections are what cause the outside glare on the top layer of an LCD screen. This is because usually, the top surface of the LCD has a glossy finish that reflects light sources.

Internal reflections become a bit more complicated. First, one must understand that an LCD is built by adding multiple layers of material, this is called a stack up. As light hits the LCD, it travels through the stack up. Each layer of the stack up has different refraction properties;in other words, it treats the rays of light in different ways. This is called a refraction index, which is measured in degrees. All surfaces, internal and external, that have an index refraction mismatch (they slow light at different degrees) will generate reflections accumulatively. The more surfaces, the more refractions—resulting in a higher level of glare.

What is Viewing Angle?

When a person is looking at an LCD from the far left, right, downside or upside, they will see the images on the LCD screen start to distort and/or disappear. There are many LCD displays that are manufactured with a wide viewing angle to compensate for this attribute. Viewing angles are measured in degrees, such as 178°/178° (max viewing angle from vertical/horizontal), or you may see it as 89°/89°/89°/89°, which is the maximum viewing angle from side up/down/left/right. The higher the number, the wider the viewing angle. 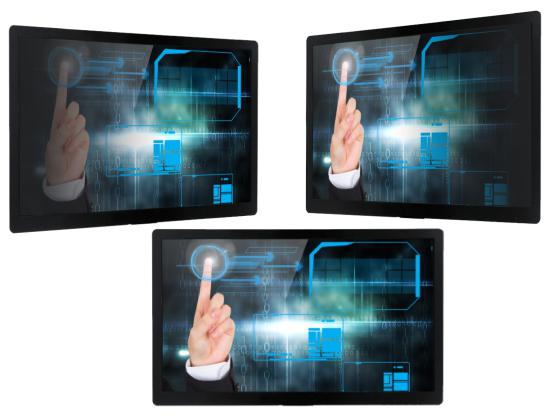 High Bright Enhancement: This filmincrease brightness by 40 to 145 percent and intensify the display's color contrast, optics, brightness and overall image quality. Typically, AGDisplays uses multiple brightness enhancing films together to maximize performance results. The resulting increase in brightness does not increase LCD power consumption. As an example of how combining films increases light: while one film refracts light towards the viewer, a second film reflects the light back into the LCD, essentially recycling the light until it exits the LCD.

Anti-Glare (AG) Enhancement: Anti-Glare treatmentsminimize reflections from ambient lighting, noticeably improving readability. This film is able to be applied to glass and other substrates to reduce surface reflection. The textured film diffuses specular reflections, removing the external reflection, or glare, a user commonly experiences with an LCD. This film also improves scratch resistance. AG gives a matte appearance on the front of the LCD. 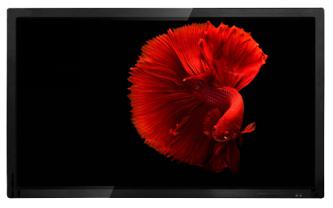 Anti-Reflective (AR) Enhancement: AR filmimprove the durability and lifetime of your display surface. Our anti-reflective properties increase the contrast and sharpness as well as decrease the reflection from your LCD screen, without having to increase your LCD's power consumption. Anti-reflective film can be identified as having a slightly purple tint. 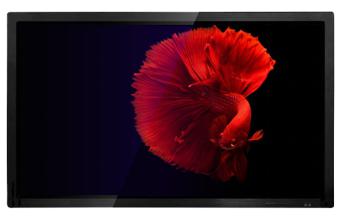 Brightness enhancement film or BEF film can increase the brightness of liquid crystal displays through improved management of the existing light produced by the backlight. The prisms on the brightness enhancement film redirect light from the backlight toward the LCD user. Brightness Enhancement Films utilize refraction and reflection to increase the efficiency of your backlight source, regardless of the source (CCFL or LED). BEF allows light to exit the LCD at a specific angle. Light outside of this angle is reflected back into the LCD until it exits at the proper angle. Multiple Brightness Enhancement Films used in unison can absorb and reflect light from both the 0 and 90 degree absorption angles and can increase the light output while maintaining the recommended current draw of the stock LCD.

Another transmissive film used to increase brightness is the Dual Brightness Enhancement Film, or DBEF, as it is commonly referred to. DBEF is a thin film reflective polarizer that captures and uses light normally lost to absorption in the bottom LCD polarizer and redirects it until allowing it to exit the LCD backlight assembly at the proper angle. Using DBEF film in conjunction with BEF film can often offer the highest yield of light output. The correct mating of BEF and DBEF films is critical when designing a film enhancement to assure the maximum return is achieved. Multiple versions of DBEF are available;this allows the correct film to be chosen for each specific application. AGDisplays stocks multiple version of this film so we can quickly identify, and implement the correct solution, resulting in less time loss during the engineering stage of development.

ESR is an acronym for Enhanced Specular Reflector;this reflective film is designed to maximize the usage and distribution of light from an LCD's light source. The ESR film is placed in the backlight cavity, providing improved bulb cavity light extraction. The ESR is a thin, 100% polymer film with a reflectivity of 98.5% across the visible spectrum;it uses hundreds of microscopically thin polymer layers that alternate in size to reflect light. Integration of the film also allows more light to be recycled, reducing the required energy needed to power the LCD. Moreover, the light distribution from the LCD's light source increases the LCD's viewing angle. This film used in conjunction with other brightness enhancing films can obtain the highest light output, especially when designing a solution for use in direct sunlight light.

Diffusion films improve LCD functionality by providing brightness uniformity throughout the active area. Light travelling through the stack up of an LCD will have no direction and be travelling in all directions. The function of the diffuser film is to redirect light in one direction, toward the next film. Employing diffuser films can provide up to 98% total light transmittance. This film also works by blending light from different lamps together, creating even intensity and distribution of the light.

Nowadays, people are more aware of keeping their information secure as they ever were. AGDisplays’ privacy film solution decreases viewing angles, allowing an increase in privacy by keeping information away from prying eyes. It works by controlling the distribution of light in relation to the viewing angle of the display. Light control films direct light only in the direction of the user;viewed from the front, the display is clear and bright. Viewed from either the left or right side, the display view is black. The film may also be used to control reflections and increase display contrast. This is a great tool to keep your customers' sensitive data safe while they use ATMs, mobile devices and point of sale (credit/debit card) applications. Adding a privacy film layer protects screens from scratches and smudges, extending the life of your product. AGDisplays can help you protect your customers' information with the installation of privacy film on your panels. 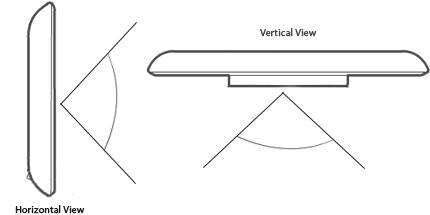